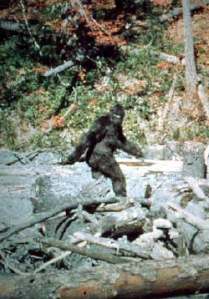 In 1967 Roger Patterson and Bob Gimlin set out to film the unknown…a creature of myth, legend and folklore. On October 20th of that year, they captured the image of a terrifying man-beast, in which to this day still enthralls, enchants, and bewilders both scientist and laymen alike. The Patterson film is still by far the best all around evidence of a Sasquatch creature to date. This website is dedicated to a logical debate of whether or not this was a genuine sighting of an unknown beast, or an elaborate hoax involving a man in a costume. We start at a neutral position because we are unsure of both positions, and in order to weigh all the evidence and circumstances surrounding this event in an unbiased manner. This debate is limited to the Patterson film incident only. We do not presume the Patterson film footage is an authentic creature, nor do we presume it was a hoax. Our mission in this research is to try to reveal the truth with the best possible historical evidence available. Please feel free to stop by frequently, as much more content is planned for this site. 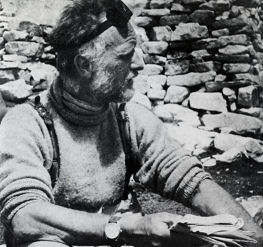 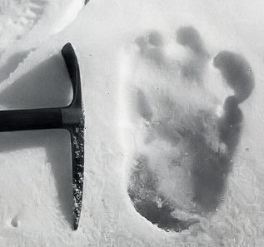 In 1951 British mountain climbers Eric Shipton, a mountaineering legend involved with many Everest expeditions and Michael Ward, doctor, researcher and both member and medical officer of two Everest expeditions found tracks on the slopes of the Menlung Glacier at an altitude of 20,00 feet (6100 meters). After first photographing the footprints (which were approximately thirteen inches wide by eighteen inches long) they followed them for over a mile before finally loosing them on hard ice. Scientists who later viewed the pictures were unable to identify them except to acknowledge that they were probably made by a large biped. In view of Shipton and Ward’s stellar reputations any notion of deceit was quickly dismissed.

The Loch Ness Monster is a cryptid, a creature whose existence has been suggested but has not been discovered or documented by the scientific community. It is reputedly a large unknown animal that inhabits Loch Ness in the Scottish Highlands. It is similar to other supposed lake monsters in Scotland and elsewhere, though its description varies from one account to the next. Popular interest and belief in the animal’s existence has varied since it was first brought to the world’s attention in 1933. Evidence of its existence is anecdotal, with minimal and much-disputed photographic material and sonar readings.

The most common speculation among believers is that the creature represents a line of long-surviving plesiosaurs. The scientific community regards the Loch Ness Monster as a modern-day myth, and explains sightings as including misidentifications of more mundane objects, outright hoaxes, and wishful thinking. Despite this, it remains one of the most famous examples of cryptozoology. The legendary monster has been affectionately referred to by the nickname Nessie since the 1940’s.